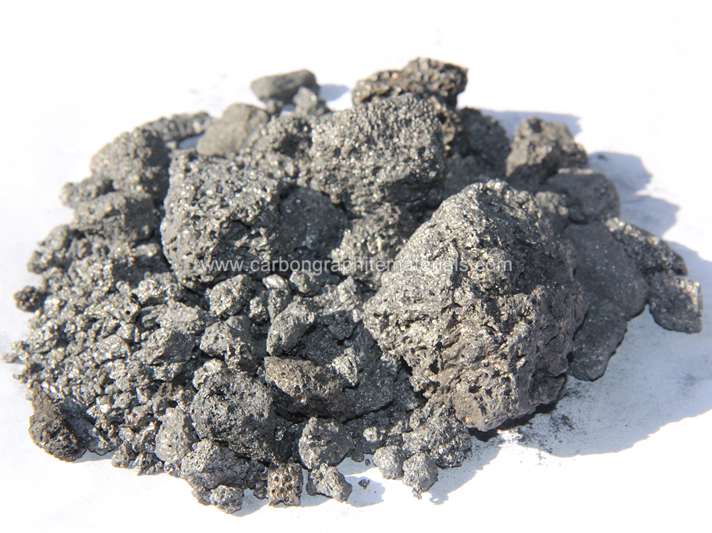 The coking reaction process of the electrode paste blank during the firing process is affected by various conditions such as the heating rate, the atmosphere and pressure of the system, the furnace loading method, and the filling material, and it becomes extremely complicated. As far as the firing process is concerned, the binder decomposes, The polycondensation and coke formation are not uniform, but show a certain stage. The roasting process can be roughly divided into four stages.

The first stage is the preheating stage, from room temperature to the open flame temperature of about 350°C, and the product temperature is about 200°C. In this stage, the binder is mainly softened. The electrode paste product is in a plastic state at this stage, and the volume is slightly expanded. At this time, due to the temperature and pressure difference in the electrode paste product, the binder migrates, and the liquid binder slowly diffuses, flows, and redistributes, but it is still There is no obvious chemical and physical chemical changes, and the adsorbed water is mainly discharged.

The second stage is the coking stage. The open flame temperature is 350-800℃, the product temperature is 200-700℃, and when the product temperature is below 300℃, the electrode paste blank will discharge moisture, carbon dioxide, light oil, etc. as the temperature rises. In the dehydrogenation polycondensation reaction, the petroleum and asphaltenes in the asphalt are gradually polycondensed into benzene-insoluble matter with a larger molecular weight. The discharge of newly formed substances due to thermal decomposition accounts for almost 20% of the total volatile matter. When the temperature is above 300℃, this stage is the key stage that affects the quality of roasting. The binder undergoes a large number of complex decomposition, polymerization, cyclization, and aromatization reactions. The binder decomposes and re-polymerizes the decomposition products at the same time to form a mesophase, which grows up to form a precursor. At 400°C, the electrode paste products begin to form coking, but the strength is still very low, and the cohesiveness of the pitch decreases. At about 500°C, although there is still a small amount of volatile matter, the basic structure of carbon has been formed. Semi-coke is formed at 500-550°C, and volatiles generated by thermal decomposition of pitch are basically discharged before 600-650°C, and coke is formed at 700-750°C. In order to increase the coking rate of pitch and improve the physical and chemical properties of the product, the temperature must be increased evenly and slowly at this stage. If the temperature rises too fast, the volatiles will be eliminated rapidly, and the temperature difference between the inside and outside of the product will increase, causing thermal stress, which will lead to the formation of product cracks. In addition, a large amount of volatile matter discharged at this stage fills the entire furnace chamber. These gases decompose on the surface of the hot product to produce solid carbon, which is deposited on the pores and surface of the product, which improves the coke yield and makes the product pores. Closed, the strength is improved. The main feature of the reaction at this stage is that the polymerization and decomposition of functional groups and the gradual increase in hydrogen content in the discharged gas.

The third stage is the stage of eliminating the outer heterogeneous atoms, the open flame temperature is 800-1100℃, and the product temperature is between 700-1000℃. In this stage, large-scale aromatic planar molecules are formed in the coke, and the outer heteroatoms and atomic groups of the planar molecules are broken and eliminated. As the temperature rises, the planar molecules undergo rearrangement. The hydrogen atoms at the edges above 900°C are gradually broken and eliminated, and at the same time, the adhesive coke further shrinks and densifies. At this time, the chemical process gradually weakens, the internal and external shrinkage gradually decreases, and the true density, strength, and conductivity increase. In the high-temperature sintering stage, the heating rate can be increased, and after reaching the maximum temperature, the temperature should be kept for 15-20h.

The fourth stage is the cooling stage. During cooling, the cooling rate can be slightly faster than the heating rate. However, due to the limitation of the thermal conductivity of the electrode paste product, the internal cooling rate of the product is lower than the surface cooling rate, so that the size from the center of the product to the surface is different. The temperature gradient and thermal stress gradient. If the thermal stress is too large, it will cause uneven internal and external shrinkage and cracks, so the cooling must be carried out in a controlled manner.