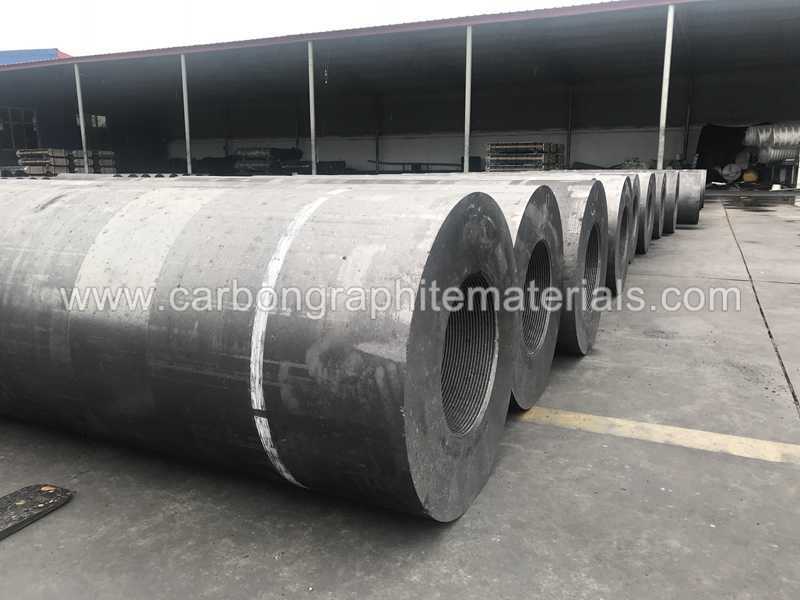 The composition of coal tar pitch is extremely complex, which is related to the nature of coal tar and the content of impurity atoms, and is also affected by the coking process system and coal tar processing conditions. Coal tar pitch is used as a binder and impregnant in the graphite electrode uhp 300 industry, and its performance has a great impact on the production process and product quality of graphite products. Coal pitch is the binder for producing various graphite electrode uhp 300 and graphite products. Coal tar pitch can well infiltrate and penetrate the surface and pores of various coke and anthracite, and enable the particle components of various ingredients to bond with each other and form a paste with a good plastic state. After the paste is formed, the raw product hardens after a little cooling, maintaining its shape when it is formed. During roasting, the coal pitch gradually decomposes and carbonizes, and at the same time, the coke particles used around are firmly connected together. The carbonization rate of coal pitch is relatively high, and the pitch coke produced after carbonization is also easy to graphitize. Coal pitch is a by-product of the coking industry. The coal tar obtained during coking is preheated and dehydrated, and then placed in a distillation kettle for heating and distillation. It can also be used to produce coal tar pitch with equipment such as tube furnaces and evaporators.

(2) Produce coal pitch with tube furnace and evaporator. This is a relatively advanced production method, which realizes the continuous production of coal pitch. The tar is first heated to 110°C to reduce the moisture to 4%, and then the tar is pumped into the second stage of the two-stage tube furnace with a plunger pump. The inlet temperature is 80°C and the outlet temperature is 120~130°C. The tar is further dehydrated to below 0.4%. Afterwards, the tar dehydrated to 0.4% is pumped into the second section (high temperature zone) of the tube furnace, the inlet temperature is 120°C, and the outlet temperature reaches 400~410°C, then it is quickly driven into the evaporator. The light fractions in the tar evaporate immediately and enter the fractionation tower for classification. The coal pitch sinks at the bottom of the evaporator, and the liquid pitch is driven into the storage tank through the oil seal (to maintain the pitch level). Take samples here for analysis, and put them into the cooling pool regularly, and cool them into strips.

In the production of coal tar pitch by the distillation kettle method, due to the long residence time of the tar in the kettle and uneven heating, local overheating is caused, which causes deep cracking of part of the tar. As a result, the free carbon content in the bitumen is relatively increased. The distillation kettle is a kind of intermittently operated equipment and cannot be produced continuously. The method of heating by a tube furnace and separating the asphalt through an evaporator is a production method with large processing capacity, high production efficiency and continuous operation. The tar stays in the heating furnace for a short time and is evenly heated, so it will not cause deep cracking, and the free carbon content in the asphalt is also less. Due to the different types of raw coal used in coking, the blending ratio, coking humidity, distillation and other process operations are also different, causing the physical and chemical properties of coal pitch to fluctuate in a wide range.